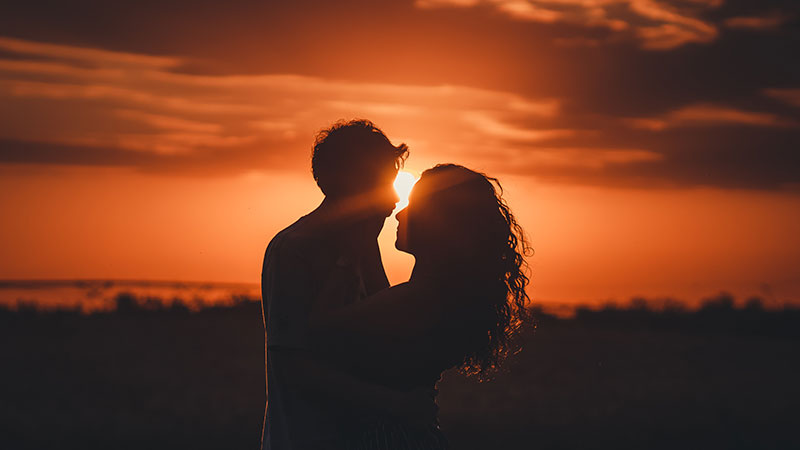 Life can be rainbow after rain…

Life can be sunshine after night and sunrise, after all…

Life can be a star during a night in the darkness…

Life can be comfort after a cramp

Life can be a relief after the pain

Life can be healing after the disease

Life can be water after the thirst

Life can be food after the hunger

Life can be a new birth after death. 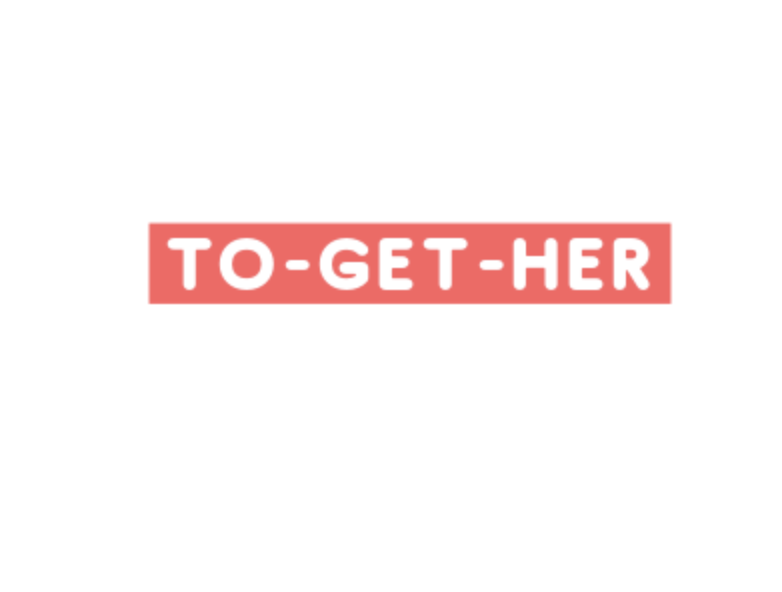 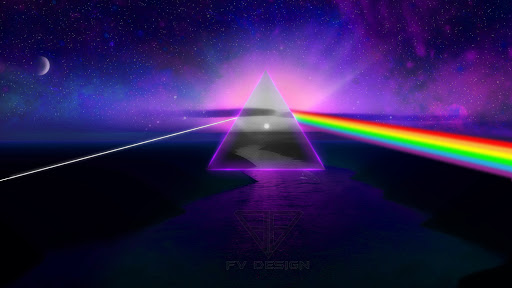 I have always seen the triangle as a symbol of thought and ambition, and I found these elements in Roger’s texts. So then I made a prism out of it because I thought it belonged to the soul of the Floyd”.
Let’s move on to the meaning of the symbol. The entire album is full of meanings, and every single track is to be carefully analyzed and put into a single context. In the meantime, limiting ourselves to the cover, we can explain its meaning in this way: in the front part of the cover, we find, in fact, a prism, on a black background, which illuminated from the left by a light white light, releases on the right a beam of colors, the same of the rainbow. We try to analyze every single part: the white light coming from the left symbolizes life, which illuminates and becomes part of the individual (the prism), which in turn “expels” it in the form of ideas, his ideas, his actions, different (of different colors) but still coming from the same individual. The back of the cover, perhaps the least famous, serves to give a conclusion to the whole: the beam of colors (therefore of ideas) continues and ends in an inverted prism (therefore it returns to the individual) and flows into the shaft of white light on the opposite side, creating a sort of continuity of the mechanism. #pinkfloyd 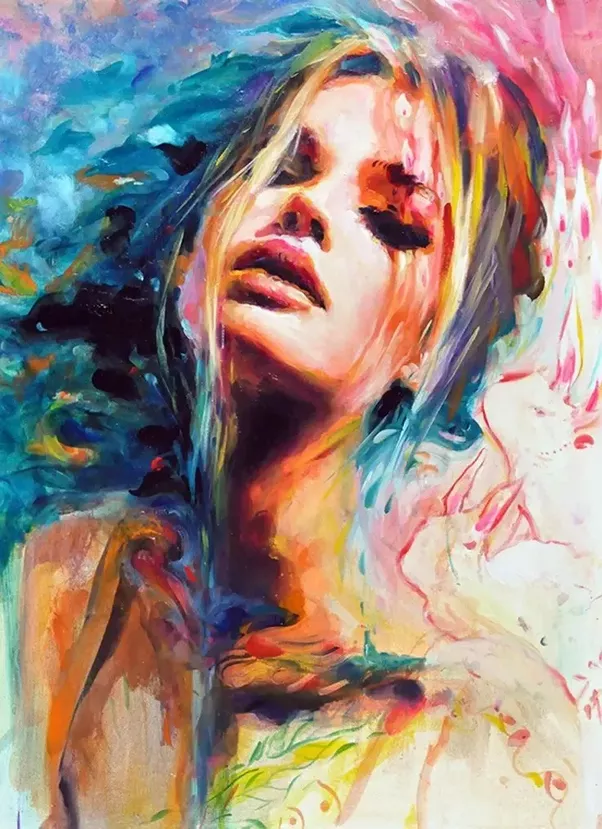 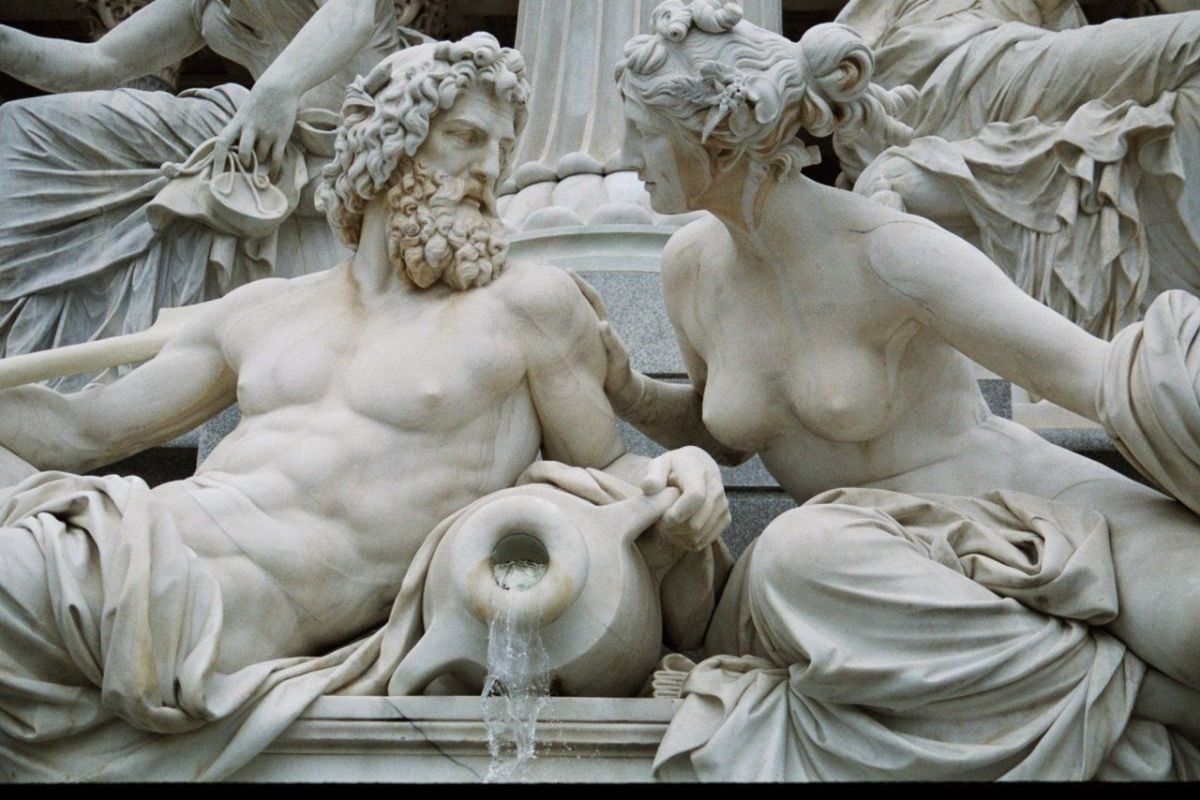 One day Zeus, wanting to punish the man without destroying him, cut him in two. Since then, each of us is the symbol of a man { hekastos oun Hemon estin anthropou symbolon}, the half that seeks the other half, the corresponding symbol. To heal the ancient wound, Zeus, after inflicting it, sent Love:

Love among the gods, the friend of men, the doctor, the one who leads back to the ancient condition. Trying to make one what he is two, Love tries to medicate human nature.

Since then, men have joined together and thus generate, no longer by union with the earth, but by a mutual union. Mediator between men and the gods, Love intervenes at the limit of the human.
He who touches this madness fascinates us and induces us to that progressive surrender of ourselves that makes possible the liberation of that madness of which Love is surrounded, where meaning plays with non~sense and where no new word is given except by liberating at every moment the ancient madness.

By finding the other half, you will reach your goal 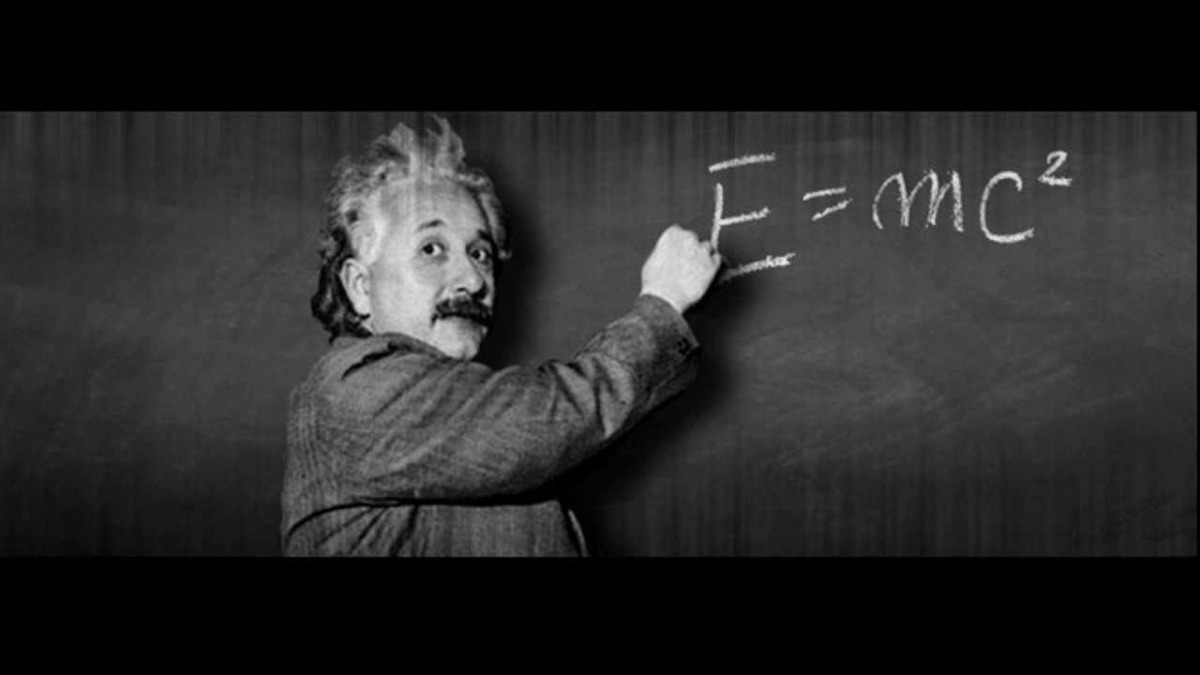 I speak for 2.3 billion people who are close to Christianity.
I say close because if they were so influential, the world would be better for the most part.
The meaning of true belief is based on an obsolete and sometimes unconvincing culture.
I support this because the world continues to change rapidly, and the inappropriate use of the media instrumentalizes the true meaning of being a believer.
Fundamental values such as compassion for one’s neighbor, loving one’s neighbor, loving the other as ourselves are values that are now difficult to find within our consciences.
The relationship between tolerance and respect for the rules is very divisive because the value of freedom is used to hurt the other literally.
The extent of the individual’s independence and emancipation is now close to us but far away in most countries and cultures.
Education should be an instrument of mutual coexistence but with features and nuances oriented towards rigor, meritocracy, and competence.
Widening culture to as many people as possible would allow society a considerable income in terms of civic sense and moral success.
The mass media, newspapers, and various shows exalt those who, through their ostentatious visibility and arrogance, set a poor example for young people.
Returning to the true meaning of religion should be that of empathy and mutual work on all fronts to improve their lives both economically and in terms of moral and healthy well-being.
Team-work is of fundamental importance in trying to find a unified and dignified solution.
Most of the jobs that are almost all exploited by the powerful, rebelling against the good is a form of nonconformity and considerable depth.
With this, I want to argue that the working class should row in the same direction united and enthusiastic with the conviction that it is leaving the vile power games and the bad and the honest to climb, albeit exhausting, to the Olympus of distinction and decorum. 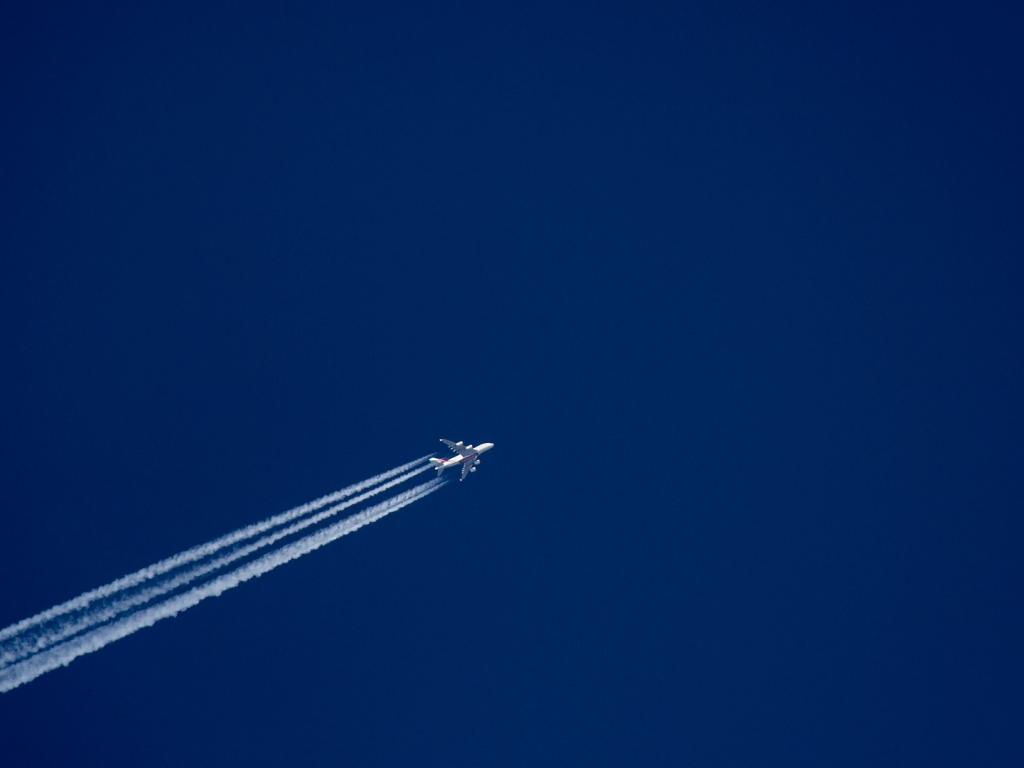 A year like this.
Spent remembering and searching in our hearts for the most beautiful and intimate moments spent with you.
You who have always defended the family, parents, brothers and nephews and nieces with whom you were confronted, and you envied their youth’s freshness.
You who lived of news and experiences lived in all the world’s places thanks to the many jobs and one in particular (flight attendant) that you loved so much.
The journey that took you far away but at the end to your home and your country of origin was always proud.
The childhood friends, always those, protected and helped in the simple life of those who have ever lived there and around, while you have explored, and consumed by the experiences made, you have transmitted the freedom and, the desire to live and fight for their dreams that in part you have realized.
The time to get to know and love each other is sometimes not enough to fully understand and reconcile.
You flew all your life, and this time you didn’t come back while everyone was waiting for you again with a laugh and a hug.
You went away fighting with dignity, without making noise, but shaking everyone in some way.
Thank you for flying with us on this first-class trip first and now, spoiling us again as you always did.
You are there waiting for us with your parents waiting to find us together, to continue to love each other and live in peace.After all, it is unfair to die since we were born, as Anna Magnani said, but it is also true that death’s awareness encourages us to live. 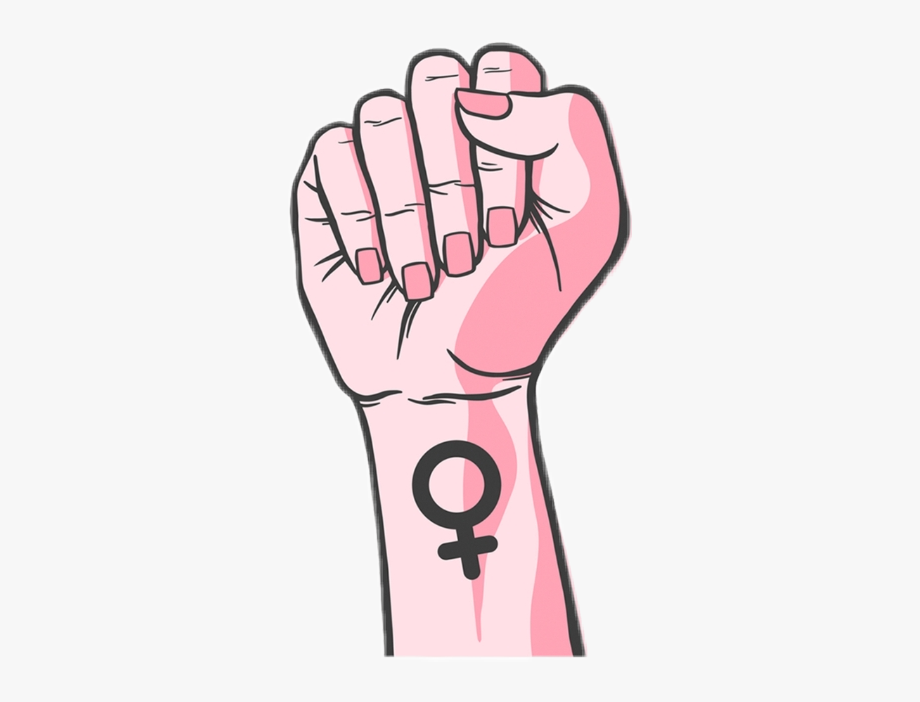 The road to emancipation is becoming increasingly compelling for women.
Being a woman is a way to be independent, daily challenge, and great courage to unhinge all the blocks born and built by the mediocrity and avarice of man.
Having a pulse in decisions and sensitivity is a starting point, not indifferent.
Feminism is a movement that is now passed down through generations pushing towards a definitive consecration.
The gentle sex, however emotionally and genetically fragile it may be, has shown us what it is capable of.
For the less democratic and more fundamentalist countries, being born “of the opposite sex” is a penalty from the beginning and indecipherable suffering.
Many argue that the female sex reaches maturity earlier than the male, and the latter cannot lead a satisfying life without it in every respect.
The movement is accelerating more and more and is becoming viral in this period of uncertainty.
To have found a wise and straightforward path is like a great wave to ride.
The future, in my opinion, looks rosy, and sexism will be swept away by a hurricane of creativity and pragmatism.


We are few days from the celebration of 100 years of women’sright to vote approved on August   26, 1920, according to the 19thamendments of the constitution of the United States, which introduced universal suffrage. It was thanks to the triumph of the Suffragettes that the movement for the emancipation of women was born to guarantee at the other sex the right to vote. The suffragettes had met for the first time as a national movement in 1869, but not in the USA, but in the U.K.

Here the battle was won in two stages: the first in 1918 when the British Parliament gave the green light to the right to vote limited to the wives of heads of families with specific age requirements over 30 years. The second 10 years later, on July 2, 1928, when suffrage was extended to all women in the United Kingdom. When in the U.S., the first state to partially recognize female suffrage was Wyoming in 1869. In the same year, in the U.S., movements similar to English movements were born. Suffragetteswomen used to spread their ideas through rallies, written on the walls or signs with slogans such as “votes for women” or content phrases that praised the leader of the movement. Often these demonstrations were suffocated with violence by the police, and the militants were arrested. The struggle was destined for success, which arrived on July 26, 1920. Article 19 of the American Constitution reads as follows. “The right of citizens of the United States to vote shall not be denied or abridged by the United States or by any State on account of sex.”

The wish is not that of a challenge between those who shine more between the sun or moon but of a joint eclipse that makes the sky of life not in darkness but of the high light of passion and common justice. 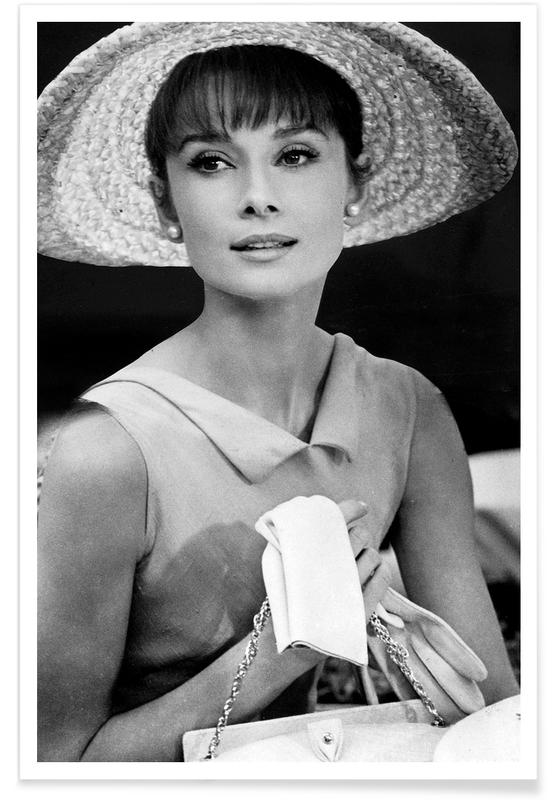 However, do we want to live this life? Is being lucky enough for us? Or do we want more?
The education proposed to us is undoubtedly that of self-respect, respect for others, and hard work to achieve extraordinary results.
Nevertheless, it is not always enough!
It is about getting involved, traveling, meeting new cultures, different people, and reading enough to be as open-minded as possible.
In these economic and health crises, finding new opportunities is a great goal.
Leaving the comfort zone and facing new adventures is a mentality of those who are not satisfied and want to establish themselves in the highest possible social class.
Earning respect and walking tall is the beginning of real ambition in a world of endless judgments and criticism.
Having a healthy self-awareness and high confidence becomes the foundation for building a great project.
To leave friends, family, and loved ones behind to throw oneself into a new, constructive, and exciting personal journey.
Dreams make life better, and being able to realize them is a great panacea.
Investing in freedom of choice and thought by unhinging prejudices and gratuitous wickedness that bring only sorrows.
Culture is a favorable lever that catapults one’s expectations into tangible ends.
Even doing what we do not like at first may seem absurd, but it is a sign of maturity and then give ourselves 100% on what we want to do.
We exist only in a limited amount of time, and we have to do our best to give ourselves then the luxury of having done it.